• Our research tradition was handed down to us by Geoffrey H. Moore, the legendary business cycle scholar whom The Wall Street Journal called “the father of leading indicators.” Moore was the protégé of Wesley C. Mitchell and Arthur F. Burns, who, early in the twentieth century, pioneered modern business cycle research.

• …we think that because the road has been straight for some time, it will remain so.

• If bullish behavior during booms and bubbles feels rational at the time, so can pessimism and anxiety during downturns. Like it or not, our assessment of the future is colored by emotion. Subjective interpretations are driven by both the recent past and the prevailing wisdom, and will always lag at economic turning points.

• Cycles always turn; the question is when.

• Early in the last century, economist Wesley Mitchell realized that in order to understand the nature of business cycles, it was necessary to collect and study the data about them. In 1920, he helped found the National Bureau of Economic Research (NBER), in large part to begin a systematic observation of the history of business cycles, both in the United States and abroad.

• When decisions about prices, production, employment, and financing began to dominate the economic cycle, it became more reasonable—in principle—to try to predict the turns.

• Business cycles, however, are impossible to express in simple mathematical equations, because their complexity is rooted in human psychology. Because cycles did not lend themselves to simple scientific theories, many economists chose to ignore them. Instead they focused on linear models of the economy that could be falsified.

• Fortunately, the ratio of producer prices to the cost of labor provides a proxy for a company’s profit margin and plays an important role in our cyclical forecasts.

• For example, some believe that retail sales is a good harbinger of recessions and recoveries. But in fact, it moves in step with, not ahead of, the economy. So retail sales can tell you that the economy has turned only after the fact.

• One of the more provocative books of 1969 was titled Is the Business Cycle Obsolete? Even the government seemed caught up in the euphoria. That year its publication Business Cycle Developments, which tracked the leading economic indicators, was renamed Business Conditions Digest. While the acronym (BCD) stayed the same, the implication was clear. The business cycle was no more. At a conference in 1970, the eminent economist Paul Samuelson quipped that “the NBER has worked itself out of a job.” After all, went the prevailing refrain, if the business cycle was a thing of the past, why bother studying it? Faced with such optimism, business cycle research seemed unnecessary. (Samuelson made his remark nine months into the recession that ended the “New Era” of the 1960s.)

• Near the height of the 1990s bull market, during the longest expansion in U.S. history, Senator Daniel Patrick Moynihan, in a TV interview with Sir David Frost, reflected that the taming of the business cycle was our greatest accomplishment of the twentieth century.

• The swings in the cycle have also been smoothed during the twentieth century by a major long-term trend in the economy: a shift from an economy dominated by the highly cyclical manufacturing sector to one led by a smoother service sector.

• The service sector does not experience manufacturing’s large cyclical swings because it lacks inventories.

• Part of Japan’s strong growth came from business innovations, such as strict quality control and just-in-time (JIT) inventory supply-chain management. JIT was designed to squeeze the amount of inventory along the supply chain in order to minimize inventory-carrying costs. During the late 1990s boom, JIT supply-chain management began to play an important role in the West as well. Many companies took the Japanese innovation and coupled it with productivity-enhancing information technology (IT) investments. The idea was simple. Computer networks had evolved to such an extent that we could use them to transmit up-to-the-minute information about demand throughout the supply chain. This approach eliminated the time lag that had amplified the volatility of inventory cycles in the past.

• It is not commonly known, even among economists, that the 1990s was a period dominated by asynchronous global recessions.

• By examining the historical record, we know that, during recessions, these four factors—employment, income, output, and sales—tend to decline together.

• …periods of below-trend growth began to be called recessions. In other words, what many viewed as a continuing recession was actually a period of slower-than-average growth. Technically, these fluctuations in growth relative to trend are known as growth cycles.

• In other words, it is not enough to look at the business cycle to gauge where the economy is going. But when you combine the classical business cycle with the growth rate cycle, you have a powerful framework for real-time monitoring of the economy.

• Paul Samuelson once quipped, the stock market has predicted nine of the last five recessions—hardly a reliable indicator on its own.

• Another well-known leading indicator is the yield curve, whose inversion—when short-term interest rates rise above long-term interest rates—is one of the best predictors of recessions. The yield curve, however, failed to properly invert ahead of the 1990–91 recession. In other words, it is important to know that on occasion some of the indicators that usually lead the business cycle may fail to do so.

• In 1987, researchers from the University of Kiev approached CIBCR to investigate if leading indicators could be developed for the Soviet economy.

• In some countries, economists took better-known leading indicators of the business cycle and made simplifying assumptions to argue that their models now incorporated cyclical risks.

• Moore and Cullity published their findings in a 1994 paper 1 called “An Answer to Measurement Without Theory.”

• the rise of the service sector reduced price volatility because inventory cycles were no longer a dominant factor. Automatic stabilizers such as unemployment insurance ensured that price levels would not fall very much. Additionally, increased government spending contributed to a general tendency toward inflation while smoothing out the cycle. In some ways, it seemed as if the cost of taming the cycle was inflation. Moore recognized that even if price levels themselves had become less cyclical, the growth rate of prices—that is, inflation—remained quite cyclical. In other words, cycles in the rate of inflation were very much alive.

• For forecasters, this meant that economic growth could not always be used to predict inflation. Still, to this day, many continue to forecast inflation this way.

• There is good reason for the FIG to be held in such high esteem. Taken alone, leading indexes of growth could not predict stagflation; they are designed only to predict business cycles.

• Looking at employment, inflation, and economic growth individually reveals a dynamic and complex system that is otherwise hidden from view.
• The manufacturing and service sectors, for example, behave quite differently from one another. While loosely related to the overall economy, their individual cycles are distinct enough to be worthy of separate sets of indicators, because they could, and on occasion do, turn at different times.

• The forecasting record shows that these models break down when they are needed most—at predicting turning points when the economy shifts directions and the rules of the game change.

• In the last ten years, our observations have crystallized to form the multidimensional framework that we call the economic cycle cube. It gives us a representation of what is going on in the economy’s complex organic system.

• In June 1997, three months into the new recession, the Bank of Japan’s respected Tankan survey showed business optimism climbing to a five-year high.

• Our leading indicators of overall growth correctly called the recovery, but in early 2002, belated pessimism fueled much talk of a double-dip recession, which never happened. Then, as corporate scandals grew, geopolitical tensions flared up, and stock prices plunged, deflation fears became widespread. Our leading inflation indicators properly allayed those concerns as well. In early 2003, economic growth was held back by the uncertainty surrounding the Iraq War. Once the war began and stocks rebounded, many expected job growth to snap right back, but our indicators told a different story. While the leading indexes of overall growth, along with the leading services index, pointed to a robust upturn, the leading manufacturing index languished, as did our leading employment index. The array of indicators that make up the cube correctly foresaw a lopsided recovery—more in GDP and less in jobs, more in services and less in manufacturing—pointing to a structural shift in manufacturing employment. 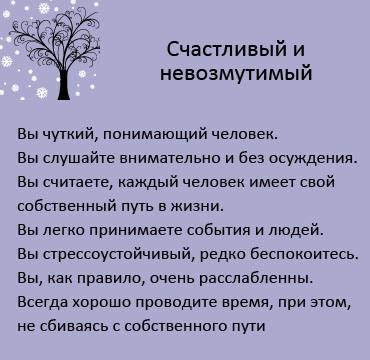