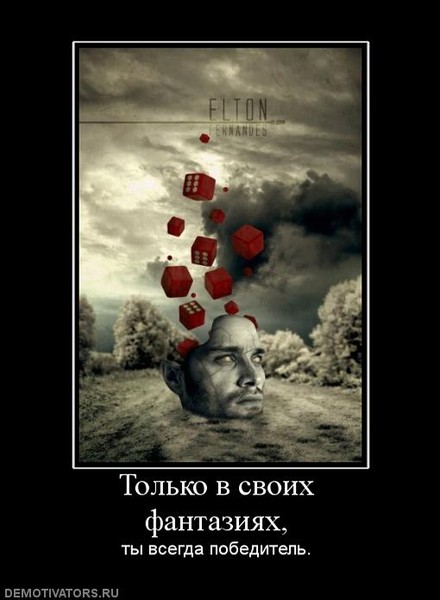 Research guru and money manager James O'Shaughnessy forced many professional and amateur investors alike to rethink their investment beliefs when he published his 1996 bestseller, What Works on Wall Street. O'Shaughnessy back-tested 44 years of stock market data from the comprehensive Standard & Poor's Compustat database to find out which strategies work and which don't. To the surprise of many, he concluded that price-to-earnings ratios aren't the best indicator of a stock's value, and that small-company stocks, contrary to popular wisdom, don't as a group have an edge on large-company stocks.
Based on his research, O'Shaughnessy developed two key investment strategies: "Cornerstone Growth" and "Cornerstone Value." Cornerstone Growth favors companies with a market value of at least $150 million and a price-to-sales ratio below 1.5. To avoid outright dogs, it also looks for companies with persistent earnings growth and shares that have been among the market's best performers over the prior 12 months. This strategy makes sense for value-oriented growth investors who have the patience and personality to stick with a purely quantitative investment approach. Cornerstone Value looks for large companies with strong sales and cash flows, and from those that meet that profile (as measured by four relevant criteria) it selects the 50 with the highest dividend yield. It is appropriate for income-oriented investors.

Brothers David and Tom Gardner often wear funny hats in public appearances, but they're hardly fools—at least not the kind whose advice you should readily dismiss.
Founders of the popular Motley Fool site on the Web, the Gardners specialize in searching out stocks of small, fast-growing companies with solid fundamentals, including healthy profit margins, little debt, ample cash flow, respectable R&D budgets and tight inventory controls. A key indicator of a strong stock, they believe, is one for which the company's earnings growth rate is greater than its price-to-earnings ratio. Wall Street calls this metric the PEG ratio (price/earnings-to-growth ratio); the Gardners call it the Fool Ratio. By either name, it's a great way to separate attractively valued growth stocks from those that are overvalued. The Motley Fool investment strategy will appeal to investors seeking solid growth companies in the small-cap sector of the market.

Widely recognized as the father of securities analysis, Benjamin Graham argued for investing in stocks that were significantly undervalued relative to their intrinsic worth, which he measured principally by their future earnings potential. Defensive investors who followed his advice, he said, would enjoy an invaluable "margin of safety" in their investment activities. In his classic book The Intelligent Investor, Graham recommended buying stocks of large, prominent and conservatively financed companies with a long record of continuous dividend payments. He warned against stocks with price-to-earnings ratios of more than 25 times trailing seven-year average annual earnings, or more than 20 times their prior 12-months results. (He did that even though he knew it meant excluding growth stocks.) A true bargain, Graham insisted, was a company whose real value was at least 50% more than its stock price.
Graham's methodology is appropriate for conservative investors worried about the high valuations currently accorded to many stocks, but unwilling to settle for investing only in cash or bonds.

If you relish going against the crowd, David Dreman's contrarian investment style should suit you well. Dreman is manager of the Kemper-Dreman High-Return Equity Fund and an investment columnist for Forbes magazine.
From 1990 through 1997, Dreman's fund outpaced the S&P 500 by an average of 3.6 percentage points per year. His affection for deep-discount value stocks was sorely tested in 1998 and 1999, when the stock market rewarded momentum stocks to the exclusion of almost everything else, but his long-term track record suggests that his style will serve him well over the long haul. (During the first five months of this year his fund trounced the S&P 500.) Dreman likes to invest in large, fundamentally sound companies (good earnings growth, good return on equity, low debt-to-equity ratio) that are out of favor due to public apathy, delirium or naiveté. Such companies can be recognized by their low price relative to their earnings, cash flow, book value or dividends.

From 1977 through his retirement in 1990, Peter Lynch steered the Fidelity Magellan Fund to a total return of 2,510%, or five times the approximate 500% return of the Standard & Poor's 500 index. In his 1989 book One Up on Wall Street, Lynch described a variety of strategies that individual investors can use to duplicate his success. These strategies divide attractive stocks into different categories, each characterized by different criteria. Among those most easy to identify using quantitative research are fast growers, slow growers and stalwarts, with special criteria applied to cyclical and financial stocks. (The latter, for example, should have strong equity-to-assets ratios as a measure of financial solvency.)

Validea Momentum Strategy is a proprietary methodology developed by Validea.com based on their interpretation of how to actually use the book "How To Make Money In Stocks" written by the well-known publisher of the innovative and respected Investor’s Business Daily newspaper. In that book, a massive study was described that identified the common fundamental, technical and chart pattern characteristics of the 500 best growth stock over the past 30 years.
The Validea Momentum Strategy seeks to identify the "very best" companies that have high Relative Strength and buy them at the "right" time. This methodology has a general principal that stocks are priced what they are worth at the time. Low priced stocks and stocks selling at their low are low for a reason, and you want to avoid them. Instead, you want to pick stocks that are selling near or at their high. You expect to pay a lot for the very best merchandise with the intent that you will "Buy High and Sell Higher". However, this methodology also requires that a number of other characteristics be met that were present in the 500 stocks just before and during their tremendous rise in stock price.
Among these characteristics are excellent quarterly and annual growth rates, earnings consistency, very high Relative Strength (momentum, that is, price performance of the stock compared to all other stocks over the past 12 months confirmed by it outperforming the S&P500 over the recent 3-4 months), decreasing long term debt-to-equity, high ROE, presence in a ‘leading’ industry (one of the top performing industries over the last 6 months or one of the industries with the highest percentage of stocks making new highs that day), as well as other factorsThe ideal time to buy a stock with this strategy is when the overall stock market has bottomed out and is going up, and the chart pattern of the price of the stock has just broken out of a ‘consolidation’ (a drop back in price by no more than 50% from its highs lasting at least 6 weeks) which results roughly in the image of a cup, sometimes with a handle at the end. It is not always easy to recognize these conditions and to protect oneself from mistakes, this strategy calls for the discipline of absolutely selling if the price of the stock drops by more than 8% below your purchase price—no exceptions.
This strategy is appropriate for momentum investors who are comfortable paying a premium for fast growing companies.

Money manager, best-selling author and long-time Forbes columnist Kenneth Fisher wowed Wall Street in the early 1980s when his book Super Stocks first popularized the idea of analyzing price-to-sales ratios (PSR) as a means of identifying attractive stocks.
Fisher demonstrated that the lower a company's stock price is relative to its sales, the more attractive its stock is —presuming the company is also growing its earnings and has a strong balance sheet with little debt. Fisher also recognized that price-to-sales ratios and other metrics he developed to analyze stocks (such as the "price-to-research" ratio for technology and medical companies) would vary based on the size of the company and the industry in which it operated; his strategy takes these variations into account. It is well-suited for investors who want to own conservatively financed, well-growing companies that have been overlooked—hopefully temporarily—by the rest of Wall Street.

Martin Zweig is a growth investor with a serious conservative streak. A renowned money manager, newsletter writer and frequent guest on the PBS television series "Wall Street Week," Zweig knows that money lost is money that's hard to recoup. Accordingly, he searches for stocks that meet a long host of earnings criteria. Quarterly earnings, for example, should be positive and growing faster than they were (a) a year ago, (b) in the preceding three quarters, and (c) over the preceding three years. Annual earnings should be up for at least the past five years. And sales should be growing as fast as or faster than earnings, since cost-cutting and other non-revenue-producing measures alone can't support earnings growth forever.
Finally, Zweig suggests that companies have a price-to-earnings ratio of at least 5—to weed out weak companies—but no more than three times the current market p/e or 43, whichever is lower. His strategy makes sense for investors who like the potential of growth companies but aren't willing to pay premium prices for them.

Your program calls the following URL (all on one line):